The unexamined life is not worth living.

I’m a huge fan of the Quantified Self movement and try to collect and mine as many personal data sources as possible. And visualizing the data to learn from this is the part I really enjoy.

A one-button tracker is a simple button that creates a timestamped record of when and for how long you pressed it, allowing you to simply track discrete events. I wrote a little website that turns a Puck.js bluetooth beacon into one.

Effects of the COVID-19 confinement. 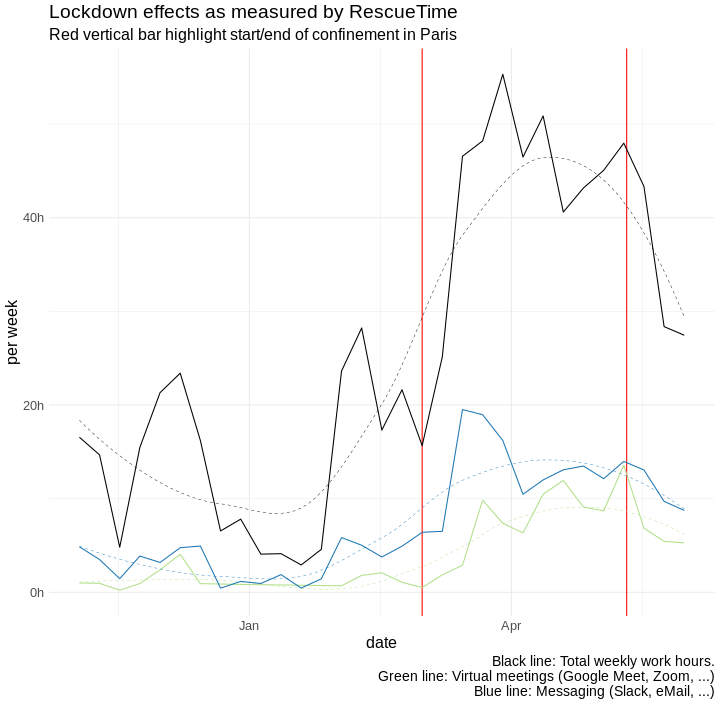 I looked into how the two months of confinement in Paris impacted my behaviour on a number of levels: physical activity, sleep, screen time/productivity etc. Besides a blog post this was also a Show & Tell at the first virtual Quantified Self meetup.

I did some work into visualizing my own movement patterns using the data collected by Swarm and Twitter, showing how I travelled the world over the last years. There’s a more detailed explanation including the code.

I also started to look into my written communication using instant messaging logs, looking at how my chat behavior fluctuates over time and varies between days. The plot below is an example using data collected over a time of around 3 years and an array of different chat protocols. It shows the number of messages sent & received on different weekdays/hours. 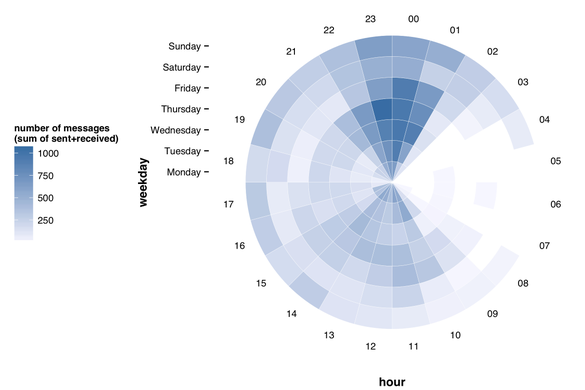 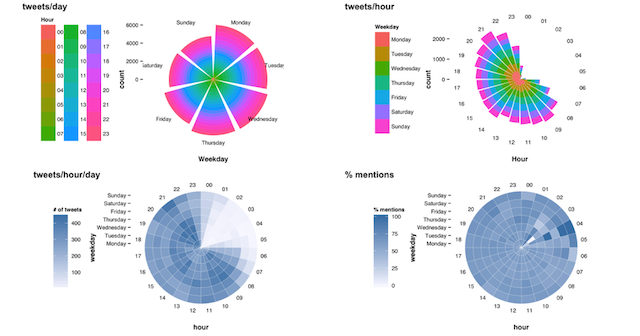 I did a similar thing using my nearly 75.000 tweets collected starting April 2008, showing how the number of tweets goes down during night, while the relative frequency of replies/mentions increases during this time. Unfortunately those chat/twitter results aren’t really written up so far. But the code is on GitHub as well. See here and here. 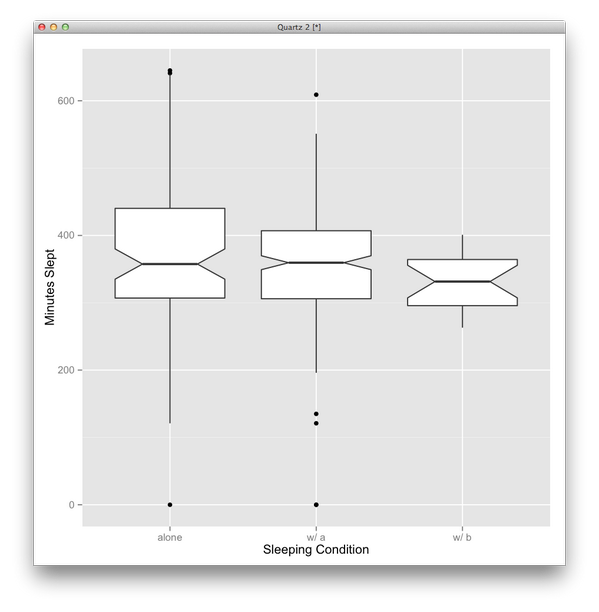 I started wearing my first Fitbit in early 2012, tracking my daily sleep and movement as well as my weight. Since then I moved over to an Apple Watch for tracking, but the idea remains the same. In between I wore other trackers as well and did some comparative work on them.

I also looked into how sharing a bed with different people influences my sleep (see the graph above, spoiler: it doesn’t). And last but not least: Gamification really seems to work for me, which you can see if you plot the histogram of my daily step counts. The red vertical lines give the breaks at which you can earn achievements on Fitbit, go figure. 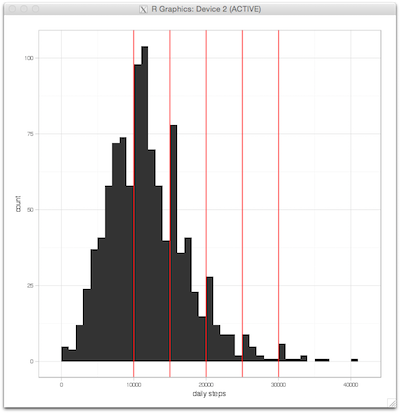