tl;dr: Differences in my heart rate depending on the applications I use are small

With France being back in a second lockdown (though the rules are a bit less strict this time around), I thought it would be interesting to look at the impact of different habits a bit more. With most meetings still being remote (or at best being hybrid) – and significant portions of the day being spent in front of a screen regardless of that – I was wondering if using different applications on my computer is stressing me out differently.

There is some literature about how mental stress and different mental tasks can lead to to changes in heart rate1,2. Given that I’m a) running RescueTime – which records the applications I use & when use them – and b) wear an Apple Watch throughout the day – which records heart rate recordings in regular intervals – it should be possible for me to align those records and see if I have a higher heart rates when using some applications. 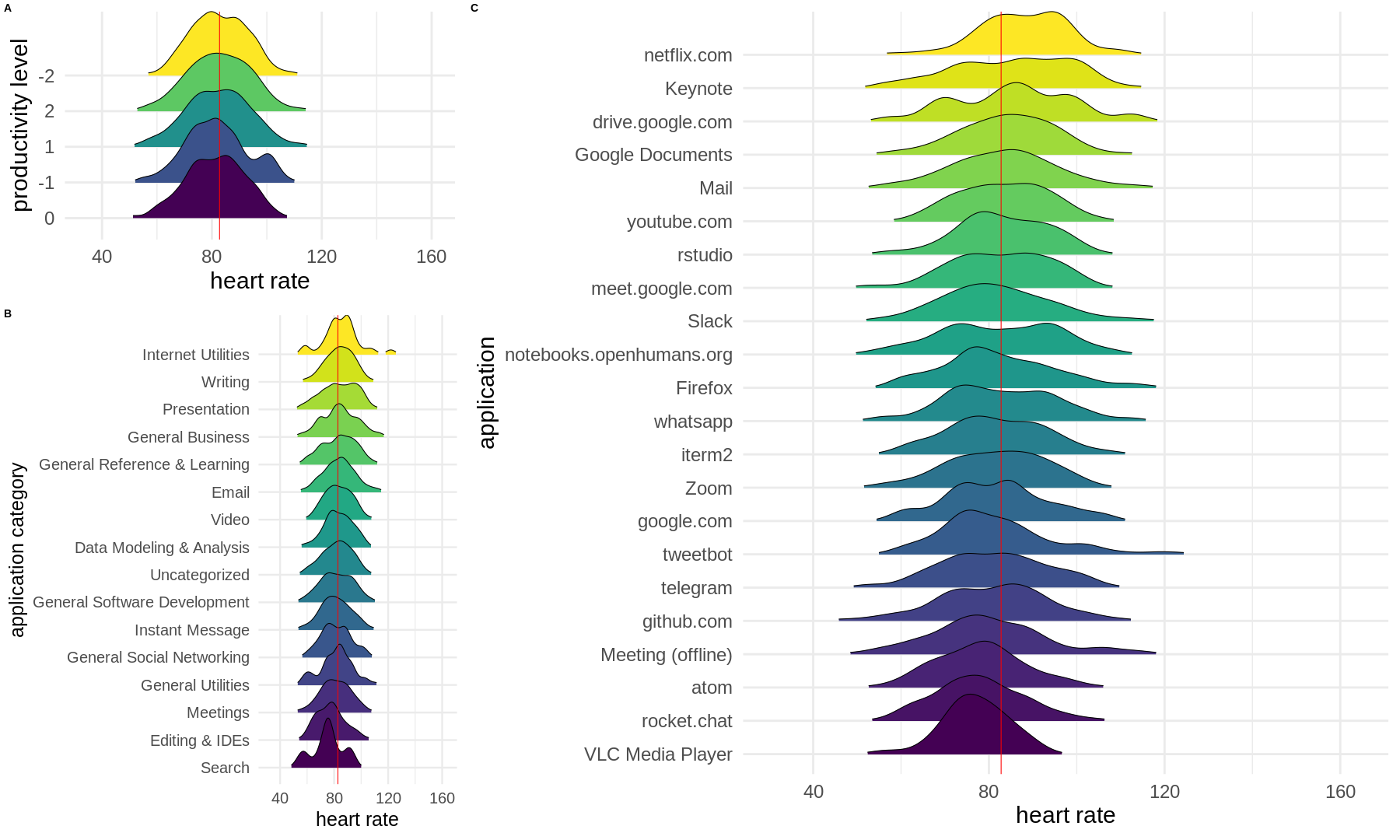 On the productivity level, there aren’t a lot of differences to be seen given how similar the distributions are. On the level of application categories the picture isn’t too different, though individual categories like editing & IDEs (aka coding) fall below the average, while others like Presentations seem to fall above the average heart rates.

A slightly more interesting picture emerges for the most common individual applications, mostly as the spread is slightly bigger there: Some coding-related applications (like Atom and GitHub) are generally associated with slightly lower heart rates, while others (like RStudio) are showing higher heart rates. Which makes me wonder whether R (mostly written in Rstudio) stresses me out more than Python (mostly written in Atom)? A small hint of this appears in the bi-modal distribution of the notebooks.openhumans.org, which I use to both write Python and R.

Interested in having a look at your own data? The code for all of this is available so that you can give it a try, happy exploring! 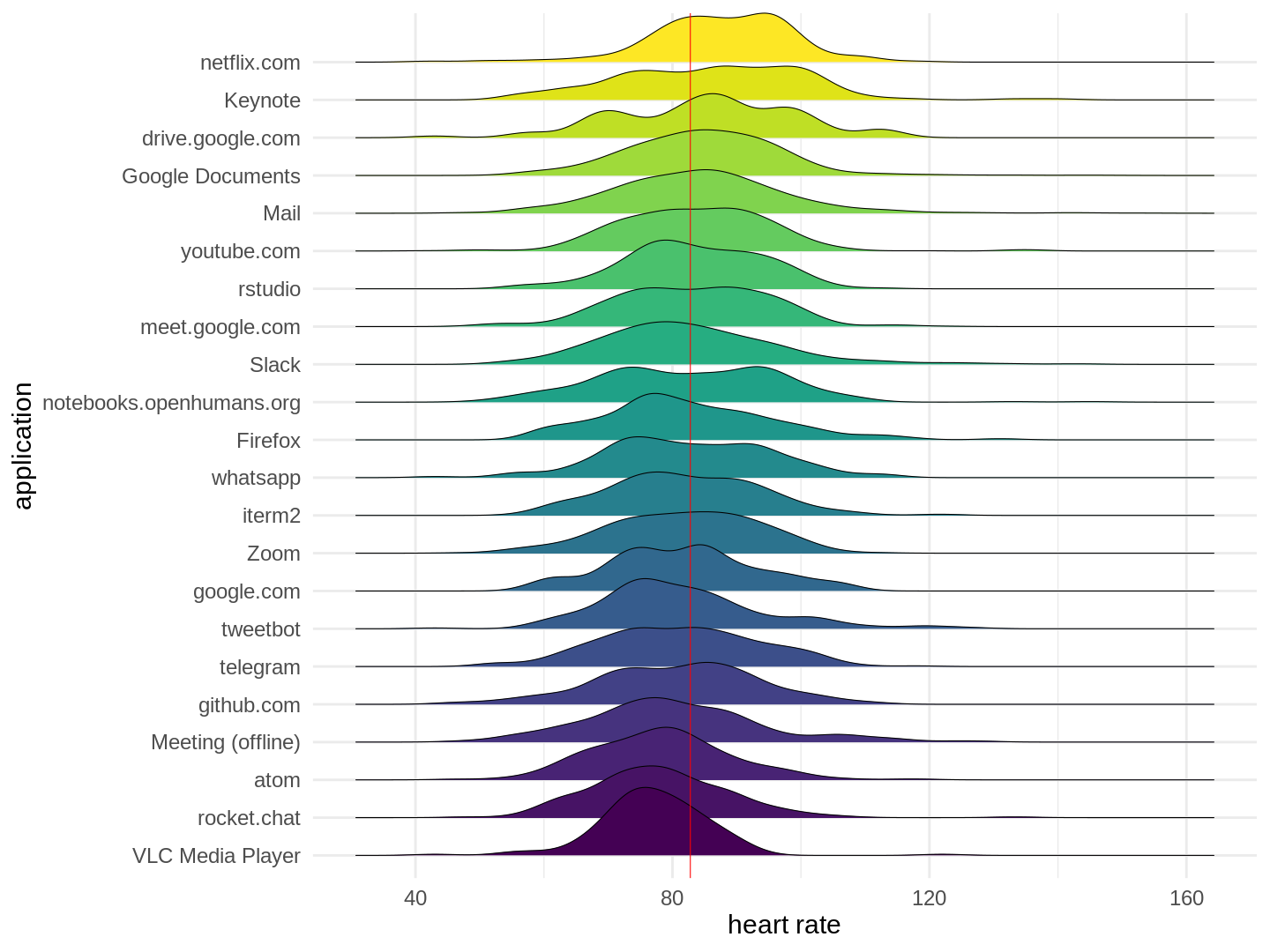 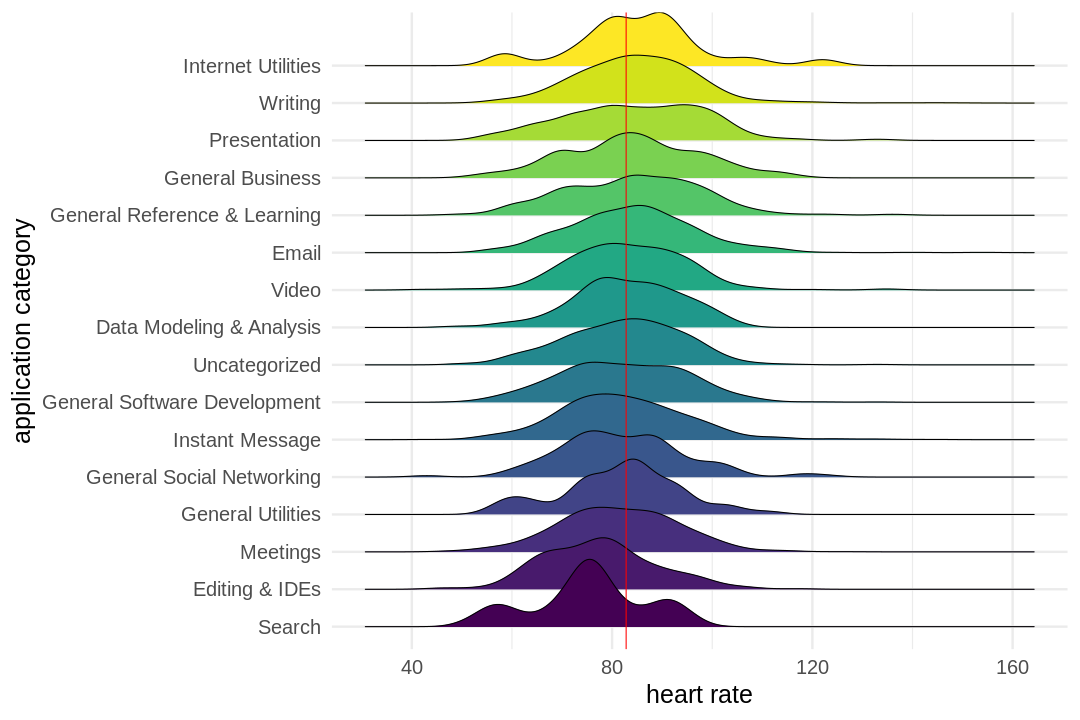 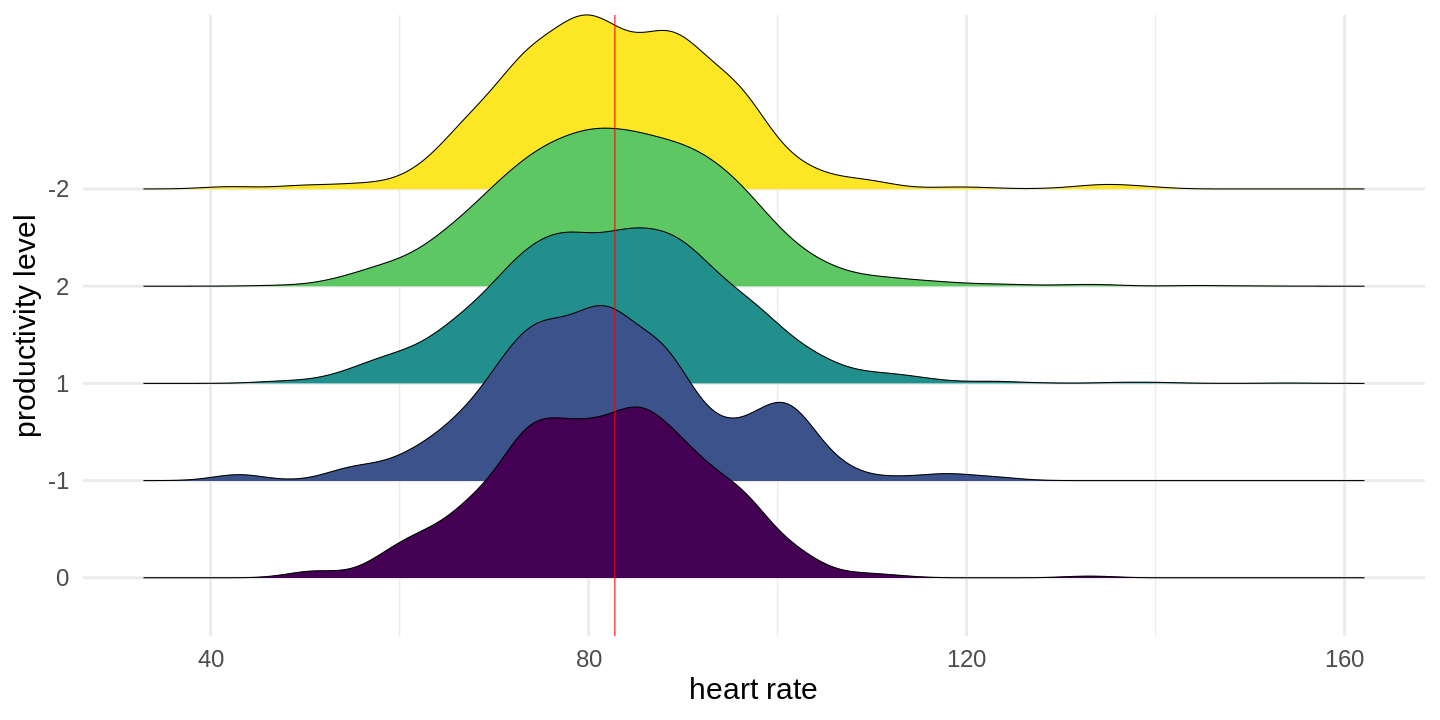