Getting started at Open Humans

The first month in Berkeley – and with that also with Open Humans – is slowly coming to an end. And while much of this time was spent wrangling various forms of organisational and bureaucratic ordeals (finding an apartment; making sure all visa stuff is in order; getting a Social Security Number; learning how to run away from earthquakes/mountain lions/active shooters), I got to dangle my feet into the Open Humans ecosystem quite a bit. And what better way would there be to get to know the whole thing than implementing my own project on Open Humans? With openSNP we luckily had planned to integrate with Open Humans for quite a while already. 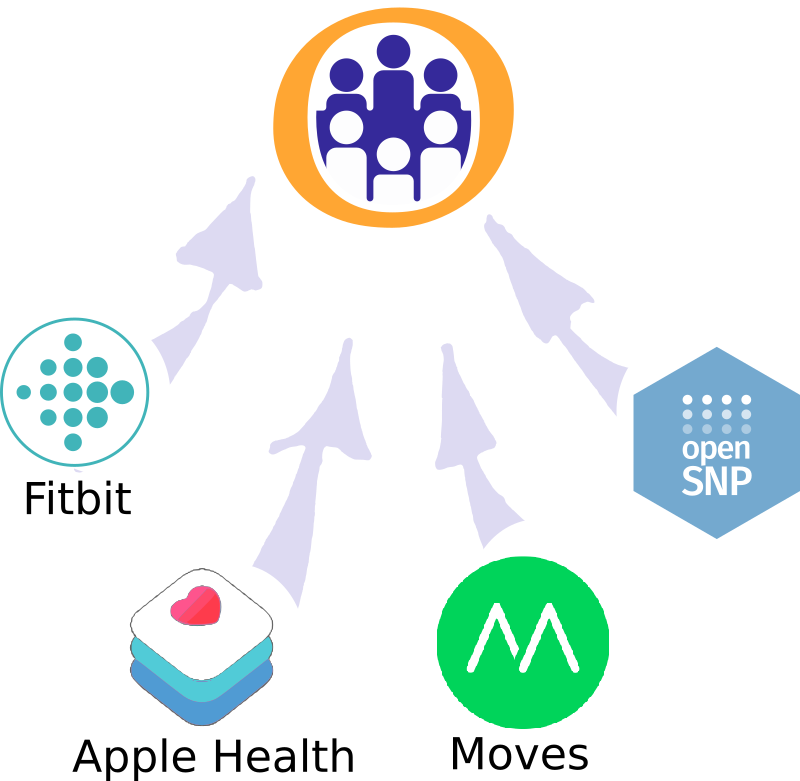 The integration of non-text phenotypes into openSNP was always a bit makeshift. Especially the integration of activity tracking data had deprecated significantly as Fitbit made changes to their interface that we never implemented on our end. Open Humans on the other hand was planned in a modular way from the start. Thanks to this the platform not only supports data from Fitbit, but also from a growing collection of further data sources like Apple Health. We had thus planned to allow our users to link their openSNP accounts to their Open Humans accounts. 🌉 This is not only nice for us on the openSNP team, as it allows us to maintain less code, but also for all ours users who no longer have to worry about uploading their data multiple times in different places! 👍

But for various reasons we hadn’t found the time to make this a reality so far. This finally changed this month, perfectly coinciding with the do-a-thon of OpenCon (which I sadly missed in person this year). Over the day I could lay the foundation to connect openSNP and Open Humans to each other. After the do-a-thon I spent some more time to finalise the whole thing and since yesterday our bridge is finally available on both services. 🎉 The first people have already connected their accounts and more are to come, enabling the best use of genetic and behavioural data through the these links. 🔗

You want to write your own project that integrates with Open Humans? I can now confidently say that it’s so easy that even I managed to do it. 😂 But seriously, the documentation on getting your own project connected to Open Humans is pretty extensive and full of examples, making it pretty easy. Give it a try! If you have some idea for a project but would need some financial support for it there are even mini grants of $5,000 available. And last but not least: You have a project idea, but would like to bounce it off people – or want to find others who can help with it? I and a lot of other people are available on the Open Humans Slack. 👍