About two weeks ago I posted a comparison of the step data I’ve collected through the Fitbit and the Nike+ Fuelband over a timeframe of about two months on the QuantifiedSelf blog. For those of you who haven’t read it, the tl;dr is: On most days the Fuelband counts much less steps than the Fitbit does and contrary to my initial belief the recent firmware updates of the Fuelband didn’t help at all to bring down the difference between both devices. Ernesto on the other hand found that both counts are quite close, while Austin’s results are quite similar to mine.

Reading those posts I noticed one difference in the way data was collected: While Austin & I did wear the Fuelband on our dominant wrists, Ernesto wore his on the non-dominant arm. My theory was that the algorithms applied in the Fuelband might play a role in why there might be a difference. The Fuelband does not only count steps but also awards Fuel points for activities which are not steps. So it could be that the algorithm discards valid steps if you move your dominant arm around too much while walking. Fortunately there’s an easy way to test this by just wearing the Fuelband on the other wrist for a couple of days. 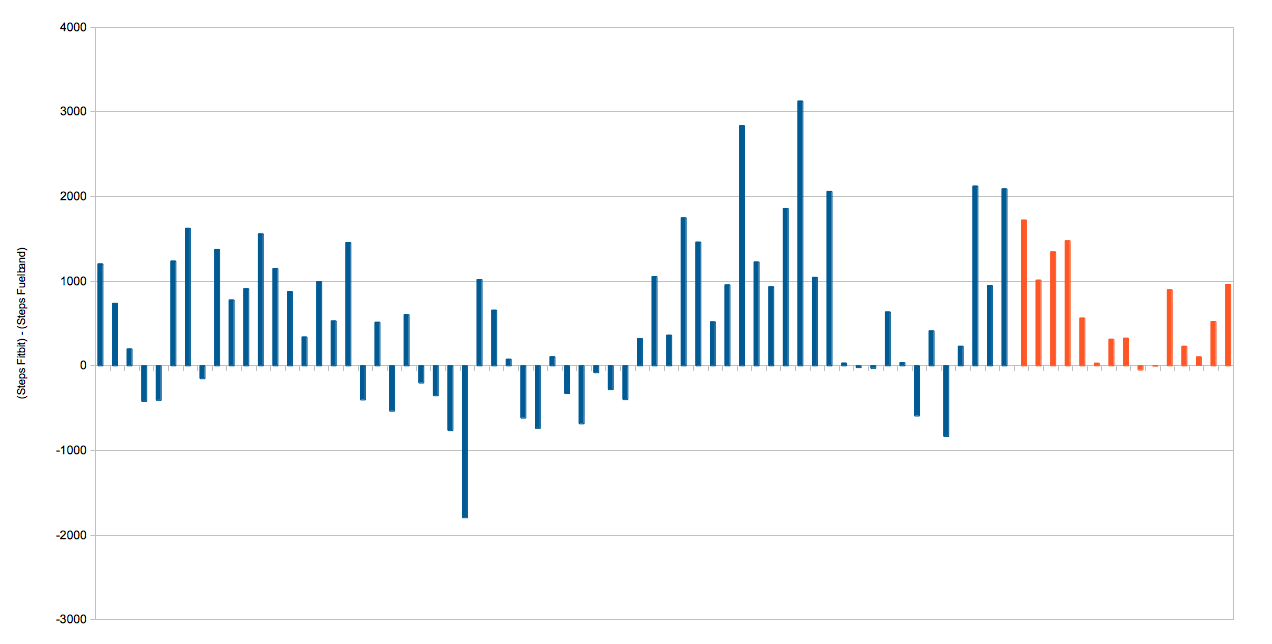 Just by looking at the graph it seems clear that this doesn’t really make a difference. And after doing a standard t-test it’s also clear that there’s no statistically significant difference between both conditions. So: Nope, changing your wrist will not make your Fuelband count more steps. But… 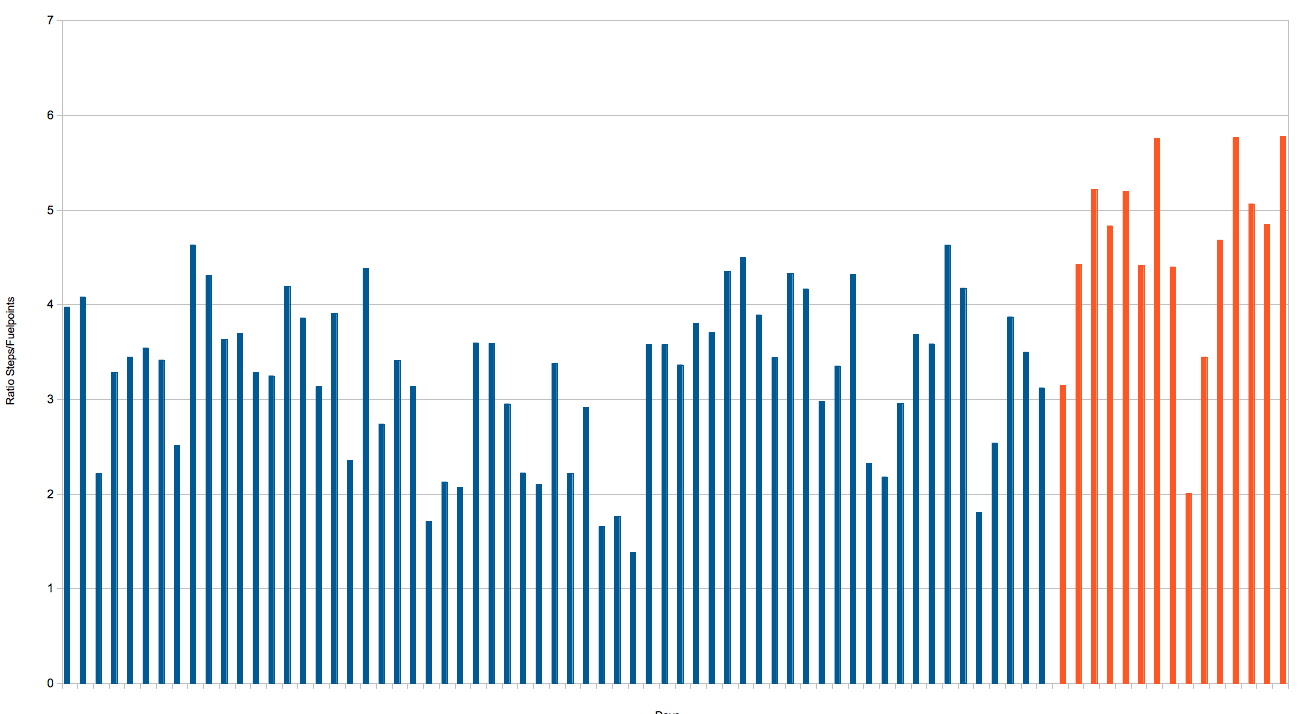 That makes sense: As the non-dominant arm is getting used less during the day there are less Fuel points awarded overall. By combining both tests we can now also see that the algorithms applied by the Fuelband don’t drop valid steps. If you’re active without walking it will award you Fuel points without counting or discounting steps. So: If you want to get the most Fuel points you should wear the Fuelband on your dominant arm, if you want to challenge yourself and make it harder to earn points you should go with the non-dominant arm. Stepwise it doesn’t make a difference. If you want to play around with the data for yourself it can be found below.