Quickly looked into #mozsprint numbers that @abbycabs released. There’s a long tail w/ ⅓ of all 4,930 contributions coming from people who made ≤10 contributions. Many small contributions can make a big difference. 😍 pic.twitter.com/xk70AK8BIl

Participating in the Mozilla Global Sprint is somewhat of an annual ritual for me. This year’s installment took place on May 10/11. As Open Humans hadn’t ever participated in a Sprint before, I spent some time in getting up a clean list of ways to contribute on a small micro-site. Given that we recently started our Personal Data Notebooks, a lot of the ways to contribute focused on writing some basic data analyses notebooks.

Having a good collection of example notebooks makes for a great showcase and a fun way to teach how Jupyter Notebooks can be used to learn about yourself. Prior to the sprint we already had some basic example notebooks that performed simple analyses of data from Fitbit, Apple Health and Twitter.

During the sprint we could expand on that and get some notebooks that use data from Moves, 23andMe and (soon) also uBiome:

But things often only get really interesting when you cross data streams. Two further notebooks that were contributed during the #mozsprint demonstrate this: 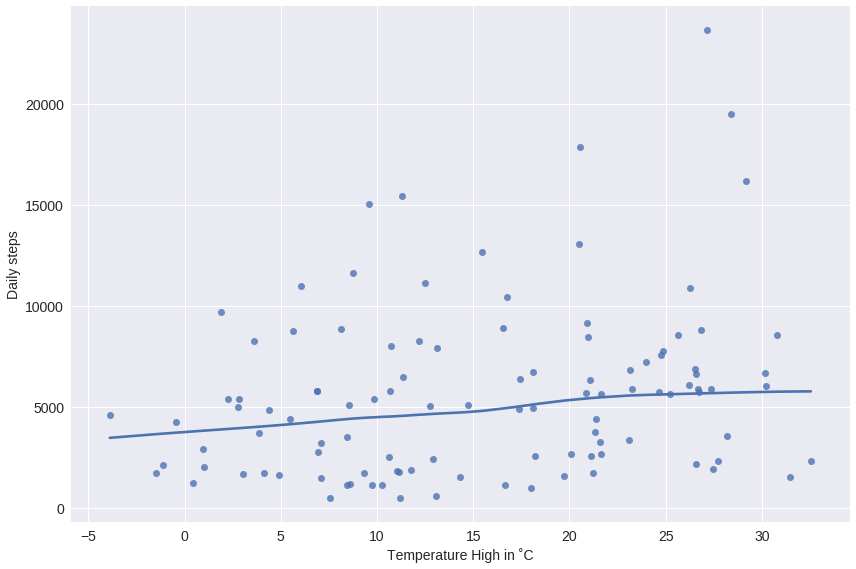 These example notebooks are already preloaded when you start your own Personal Data Notebooks and they should work right away on your own data. They hopefully inspire you to write your own data analyses that you want to share. As a further small incentive: Open Humans is running a Notebook competition until the 27th of May. The best notebooks will not only be included in our example demo notebook collection, but also highlighted on QuantifiedSelf.com.